During this tour you will see coniferous forests, succulent meadows and snow-covered plains of the Kaskelen gorge. The Kaskelen gorge is located in the west of Almaty. The territory is included in the Ile-Alatau State National Park. Gorge has many mountain spurs, crevices and depressions. It can be considered the largest in the Trans-Ili Alatau.

The flight is carried out on the following aircraft: 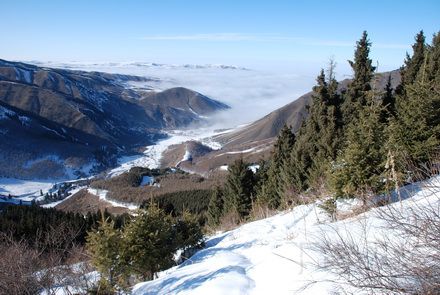