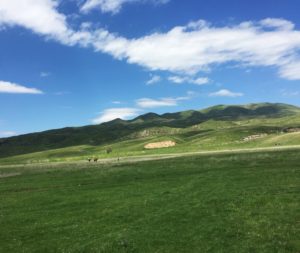 On May, 19th, our company with group of enthusiasts has visited one of the most biggest and beautiful National Parks of Kazakhstan - Zhongar Alatau State National Natural Park, which is located in the north-east of Almaty region, on the territory of seven districts. 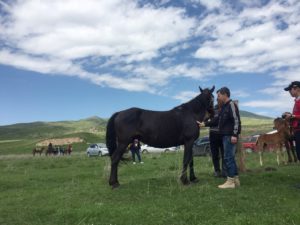 Territory of Zhongar Alatau park has a striking beauty, which is attractive not only for Kazakhstan citizens, but also for foreign tourists. The unique natural conditions of the territory - a favorable climate and a significant aesthetic appeal of the mountain landscape are complemented by the richness and variety of flora, especially the picturesque pine forests and a significant number of endangered species of animals living in the region.

This tour was dedicated to the blossoming of Sivers apple tree, which is considered as the progenitor of all apples on earth. The festival was held on one of the vast steppes of Sarkand region. Organizators have invested a lot of effort to make this festival.

There were constructed 7 yurts, which housed a museum, an exhibition of works of local youth and a dastarkhan for invited guests. The table was full of delicious food: sirne (a lot of meat with potato cooked on an open-fire), baursaks (puffy fried bread), backed chicken, fresh vegetables and fruits, national pastries, salades, and national drink Kymyz (from the mare's milk). 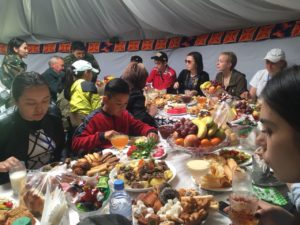 The festival started with the speech of local akim, the Deputy director of Department of Tourism Management of Almaty region and other heads of departments.

One of the attractions of this festival was mare milking of local citizens. If you don't know, steamed mare's milk is very useful for people. The composition of mare's milk includes a large number of useful substances. There is ascorbic acid in this drink, which strengthens the immune system and increases the protective functions of the organism before the negative effect of viruses and infections. Vitamin E also included in this product, which gives mare's milk properties to fight with atherosclerosis, as it reduces the level of cholesterol in the blood. Thiamine also contained in this drink and it favorably affects the activity of the nervous system. 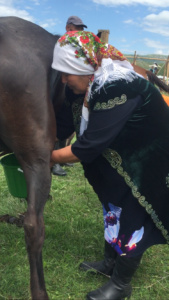 Another attraction was Altybakan (Kazakh swings built of six pillars). Altybakan is the entertainment for young people. A girl and a boy swayed on a swing and had to begin a merry song, the others sang together, played the dombra and couples replaced each other. 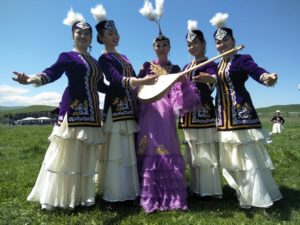 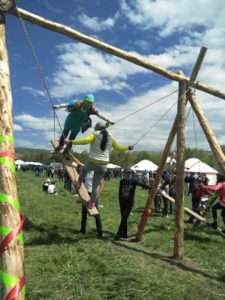 Then we went to the main destination of our journey - the place of Blossoming of Sivers apple tree. We had to cross a river, had an extreme rise on off-road place, climbed the mud after rain and finally got to the top of the hill, where the cordon is located. 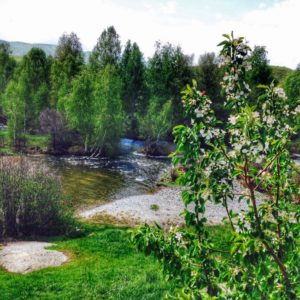 We were surprised by the beauty and fascination of this place. Fresh air, everywhere greens, birdsong, all of these made us love this place. 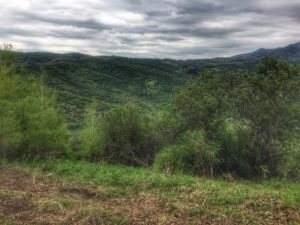 The unique natural conditions of the territory - a favorable climate and a significant aesthetic appeal of the mountain landscape are complemented by the richness and variety of flora, especially the picturesque pine forests and a significant number of endangered species of animals living in the region.

After the excursion, all we can do is to thank organizators for such a great chance to become closer with nature, see the beauty with our own eyes and just have fun together with interesting people ( tour guides, representatives of tourist companies, journalists, operators, specialists in the sphere of domestic tourism and students).

At the end of the day we had a press-conference, where we discussed the problems and future of domestic tourism. We came to the conclusion that by combining our efforts we will be able to improve the level of services and also the level of the tourism in our country.

View all posts by: inkar