Season:
from June 15 to August

Your trip will begin with a visit to the Charyn canyon, a unique natural complex of Kazakhstan, and will continue at the campsite, where you will ride horses along the Ketmen ridge, visit the Sakha cave, and try national food at a Kazakh family.

Meeting with a guide in Almaty and transfer to the campsite (about 335 km from Almaty).

Charyn Canyon is sometimes called the "little brother" of the Grand Canyon. Little it can be called only because of the size, but it can be offset by the stunning beauty of the natural complex. The canyon is 154 km long and 300 m deep.

While visiting the Charyn canyon you can enjoy a stunning view of the huge gorge with rocks of different colors. The canyon is part of the territory of the Charyn National Park, and you will have the opportunity to see the valley of castles with rocks like towers. Despite the long journey, the beauty of the Canyon will make you forget it.

Also, in the lower reaches of the Charyn River, in the foothills of the desert, where the banks of the canyon are much lower and diverge to the sides, there is a living monument of nature - the ash-tree grove. The grove covers an area of 4855 hectares, and its length along the riverbank is 25 km. In the territory of the grove, mainly grows Ash Sogdiana, whose forest massif is the only one of its kind in Kazakhstan. Scientists have proved that it is the same age as a mammoth. Each tree under favorable conditions can live almost four hundred years and reaches a height of 50-70 meters. By the way, the grove itself resembles a fairy-tale forest, and it is the only one in the steppe regions of Kazakhstan, another similar grove exists only in North America.

In 1964 the grove was declared a monument of nature, therefore cutting of trees is strictly prohibited.

Ash Sogdiana is a tree about ten meters high, the thickness of the trunks can reach 10 "girths".

18.00 Arrival to the base. Accommodation in a guest house, lunch. Free time for a walk. In the evening, guests can visit the Russian sauna.

The hostel in the Ketmen gorge is located on the slopes of the Ketmen Ridge among the northern spurs of the Tien Shan. Its territory is 20 000 hectares and it covers foothills, mixed forest, high-mountain spruce zone and alpine meadows. On the territory of the grounds there is a log house with a bath.

Early observation of animals with binoculars, since they are most active at this time of day. On the afternoon they hide from predators, from potentially dangerous animals, and heat. Especially the hares. Photo safari.

Breakfast. Departure on horseback for an extreme tour of the surroundings towards the Dardamty gorge.

Our path will pass along the northern side of the Ketmen Ridge. Surrounded by firs of Shrenka, you will enjoy the indescribable beauty of nature, mountain landscapes, untouched by human hand. During the route you will be able to see such species of animals as the maral, Siberian roe deer, Siberian ibex, wild boar, wolf, fox, badger, hare, from birds: ular, black grouse, cactus.

Despite its relatively close location to Almaty, the Ketmen mountains are rarely visited by tourists, adventurers and just fans of outdoor activities. Perhaps, that is why this corner of nature has preserved its pristine purity, all around grows alpine vegetation. A lot of rivulets with icy crystal water in hard-to-reach gorges are thrown down by small, but spectacular waterfalls, giving the tired travelers coolness. It is said that here at an altitude of 3300m located a deposit of coal that functioned in the pre-war years.

Lunch and rest on the river bank. Overnight in tents at an altitude of 3000-3300 meters above sea level.

At the request of tourists, a 2-days overnight stay in tents is possible.

The weather in the Ketmen Mountains is changing rapidly: cold rain, then hot heat. The trees can blossom in the foothills, and on the shady slopes and peaks even in summer will be snow. But the temperature drops cannot prevent anyone who wants to enjoy the silence and walk along the animal trails of these mountains.

Arrival to the guesthouse in the Dardamty gorge. Rest, dinner. You can visit sauna here.

08.00 Breakfast. After collecting the things, you will say goodbye to the horses and drive by car to Almaty (310 km, 5 hours)

The first stop will be at the Saka cave (home of the ancient people), where on the rocks two marals with horns are depicted. Walk to the cave along the mountain path along the scree slope (200 meters). Visit the cave, take pictures of the cave and the surrounding area.

Further along the road you will visit the Kazakh family of berkutchi, try the national dishes, including the national drink kymyz (from mare's milk). You will have a unique opportunity to see the Golden Eagle alive and take a picture with him. In the autumn time, a Golden Eagle show with a demonstration performance is possible. 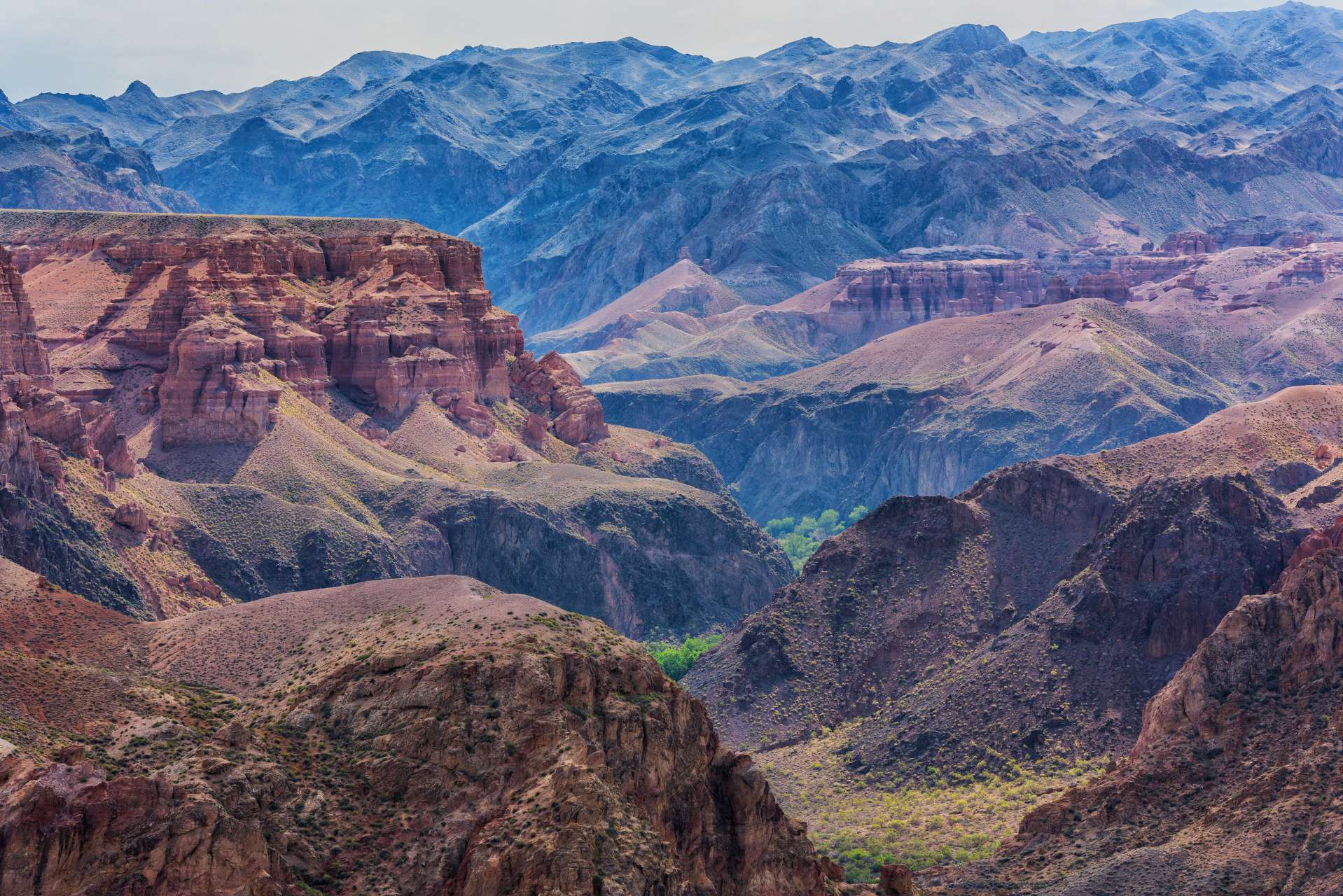 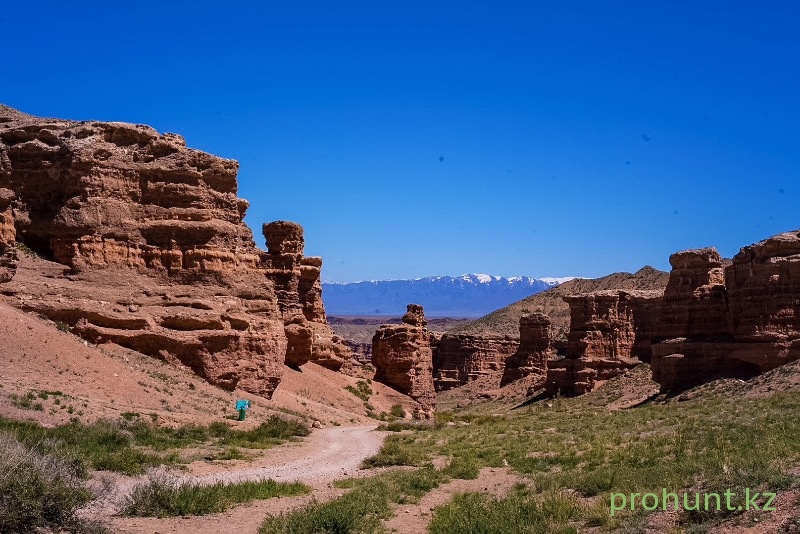 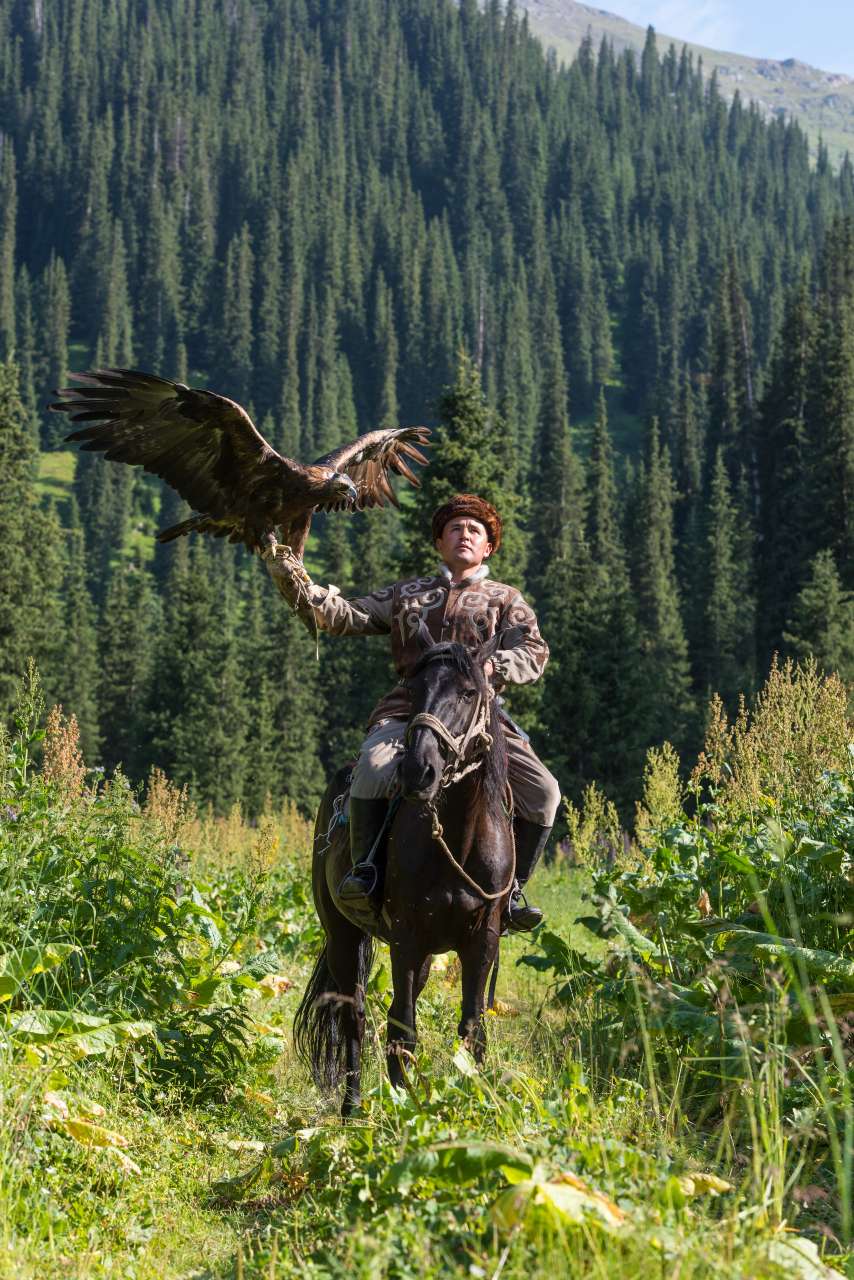 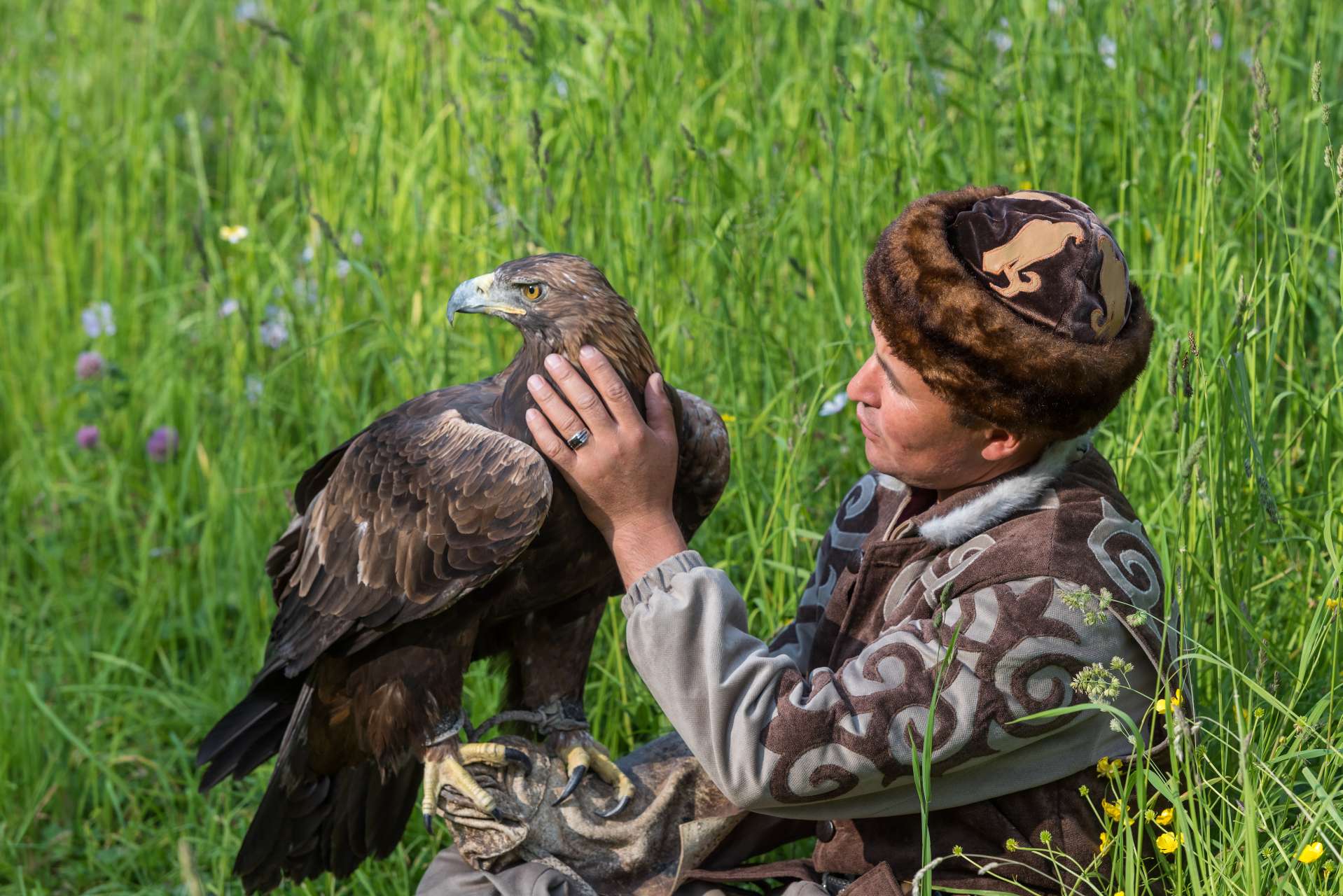 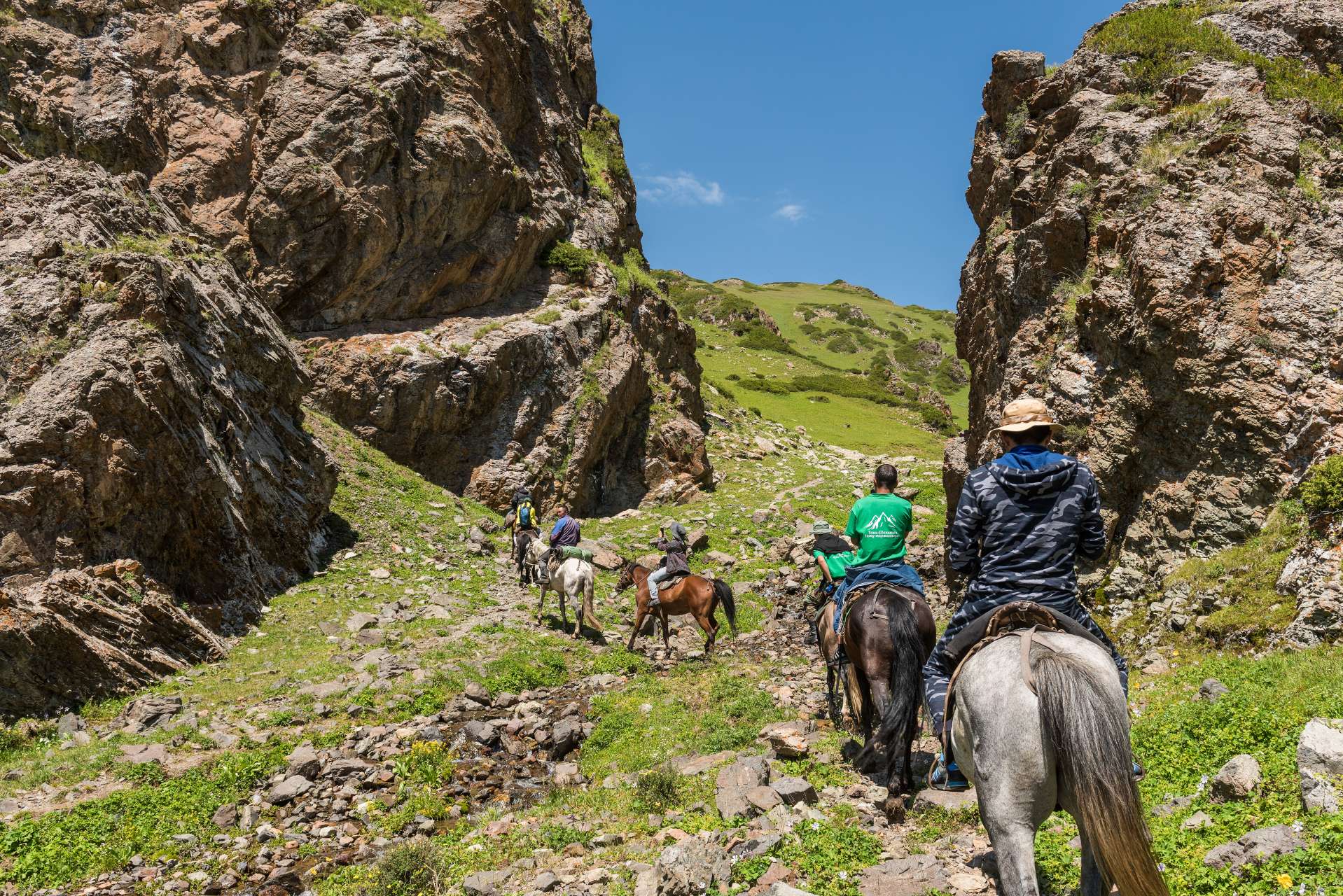