Wildlife tour: Far away from civilization

Wildlife tour: Far away from civilization

In this tour you will visit the Kazakh Berkutchi family, get acquainted with the history of Kazakhstan of the Middle Ages, and also make an extreme horseback trek through the mountains of Zhongar Alatau.

12.00 Arrival to the Tekeli village (295 km, 4 hours). Here you will have a lunch in a Kazakh family, try national dishes. The locals are descendants of Berkutchi, and you will have a unique opportunity to see the Golden Eagle show, and even take a picture with them. After lunch transfer to Sarkand (190 km, 2 hours). Dinner and overnight at the hotel.

Since ancient times hunting with a hunting bird was not only a way of trophy hunting, as well as art and entertainment at the same time. It has not lost its importance even now. On November 16, 2010 hunting with hunting birds was included in the list of the intangible cultural heritage of humanity by UNESCO.

09.00 Breakfast. Departure by car to the Kayalyk town.

For the first time the Europeans has known about this settlement in the 50's. of the XIII century, thanks to the book of the French monk Guillaume Rubrik - "Journey to Eastern countries." In those days, Kayalyk was the capital of the Karluks jag.

The first archaeological excavations on the site of the ancient city began in 1964, but only in modern Kazakhstan, scientists began to pay more attention to the study of the former capital of the Karluks. For the time of archaeological research, the Buddhist and Manichean temples, as well as the objects of Muslim culture of the 12th-14th centuries appeared to the gaze of scientists: a mosque, a complex of mausoleums and a khanaka.

Lunch in a cafe and departure to the Kokzhar village for a rest. Here you can admire the beauty of nature, and also if you are lucky enough see the Red Book black stork. In this area located the largest number of apple trees remained in Kazakhstan (49%), incl. apple tree of Sivers, which is the progenitor of all the apple trees on Earth. Overnight in tents.

08.00 Breakfast. After breakfast, departure to Atapkan. Despite the fact that there are only 100 km between these two points on the map, it takes almost a whole day to drive by car. The road is very extreme, like a serpentine ribbon.

Lunch will be on the bank of the river Tentek.

Also, on the way you will visit the burial ground of Uigentas, which includes more than 150 mounds located on the first terrace of the River Tentek, and occupies a limited area of 500x1000 m. The monument is a unique funeral complex that characterizes the level of social structure and culture of the ancient and medieval nomads of the Zhetysu between I thousand BC. - I thousand years AD.

18.00 Arrival to Atapkan, which is located on the territory of Zhongar-Alatau National Park. Accommodation in a guest house, dinner. Free time for a walk.

The Zhongar mountains are unique, the northern slopes resemble the Altai, and the southern Zailiysky Alatau. Only in these parts you can find a virgin nature, animals that are not afraid of people, and passes that are rarely ever passed.

08.00 Breakfast. After breakfast, walk around the guest house. Observation with binoculars for animals: maral, ibex, roe deer and bear.

After lunch, relax in the sauna.

09.00 Breakfast in the guest house. Walking (about 4 km, at the request of tourists, you can walk with the use of pack horses, or ride a horse) from the guest house to the bivouac glade located on the bank of the Glukhoe Gorge. Rest, dinner. Overnight in tents near the lake.

07.00 Early rise, breakfast and camp gathering. Return to the base. Departure to the Lepsinsk city for a rest. Visit to the local history museum of Lepsinsk.

All the exhibits of the museum, that are more than a thousand, are collected on the territory of the region personally by a history teacher and students of the school. The oldest exhibits of the museum are the stone grain mill from the Neolithic period and the grindstone of the Saka warrior. There is a stone called "the dinosaur egg," a fern imprint that is a million of years old, a massive cross that hung on the gate of the church, and even a human skull.

In 1989, a local specialist discovered here a balbal - a stone statue. Scientists date it to the 6th-8th centuries AD. It is believed that the Turkic stone statues were placed on the graves of well-known batyrs, generals. The farther to the east of the country, the more often there are such balbals. Mukharam Khaybullin says that the well-known archaeologist Karl Baipakov has established that this figure is the embodiment of someone's person who is present at the annual funeral feast, holding the cup with koumiss. According to another version - an ancient warrior, in one hand he holds a sword, in the other - a cup, which is the Grail with the blood of Christ. Among the Turks at this time were the Christians of Nestorian persuasion. According to local beliefs, if someone cannot give birth, she can hold on to this stone, pray, and a son, a warrior, will be born.

In 1991, there was also discovered a border pillar in the form of a circle with three rings. In the times of the Golden Horde, the borders of nomadic families were marked by it.

Dinner and overnight in a guest house of local people.

Breakfast. Departure from Lepsinsk at 07:00.

On the way to Almaty, visit the attractions of Aulie Tas.

Aulie Tas (Holy Stone) - The local shrine Aulie Tas is a multi-ton Holy Stone, hidden from prying eyes in hilly terrain, located 8 km from the Ekiasha village in the Sarkand region. There is an ancient legend about the holy stone, according to which the deep imprints of the palms, foreheads, knees and feet on the stone belong to a holy pilgrim.

Lunch on the way to Taldykorgan. Arrival in Almaty approx. 21:00 hours. 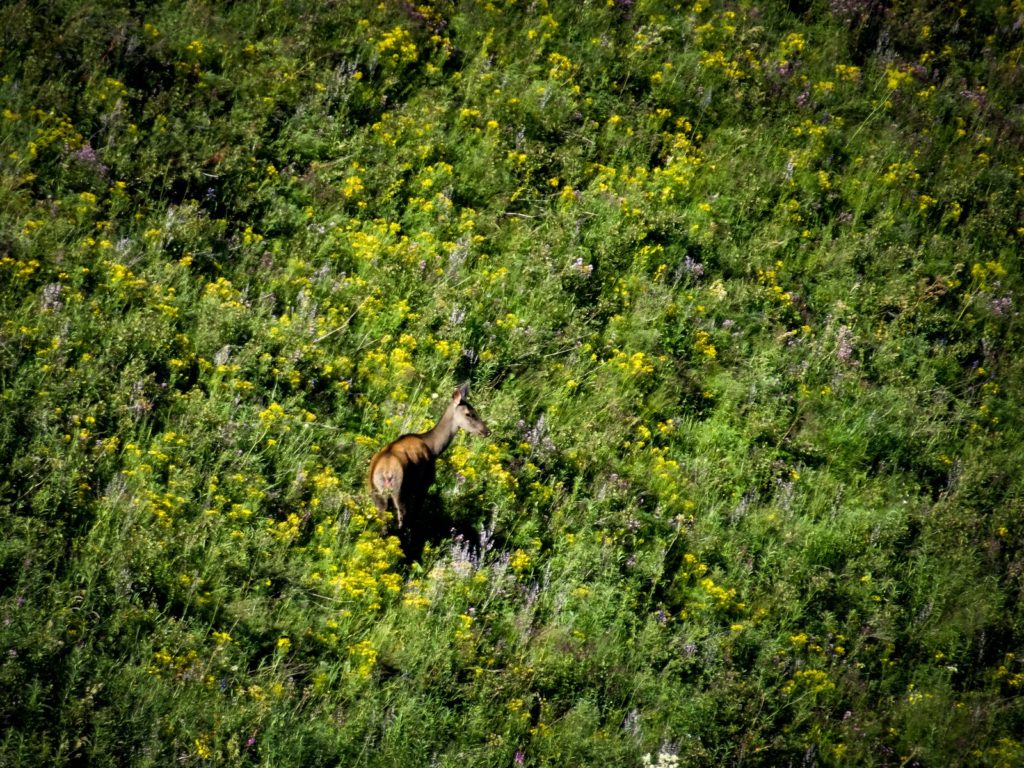 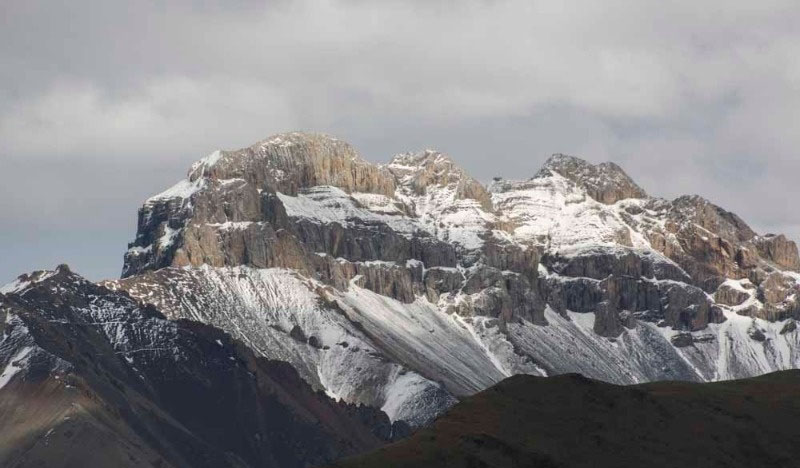 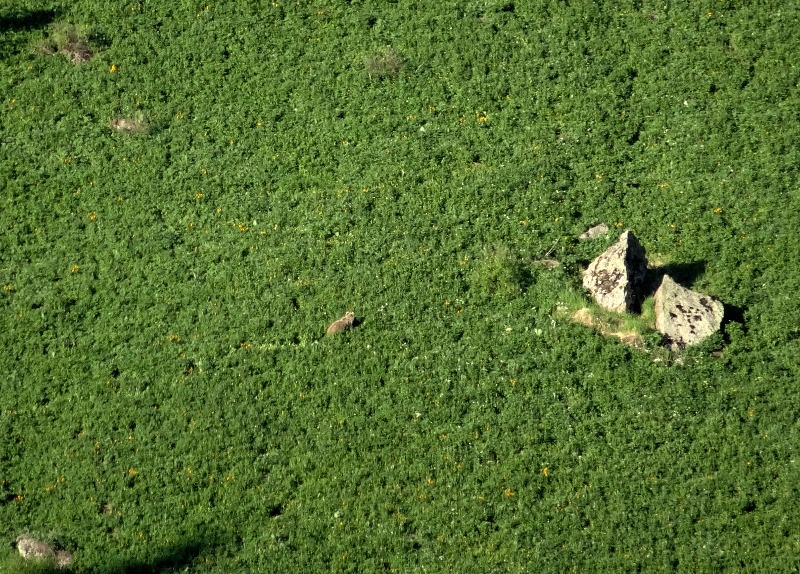 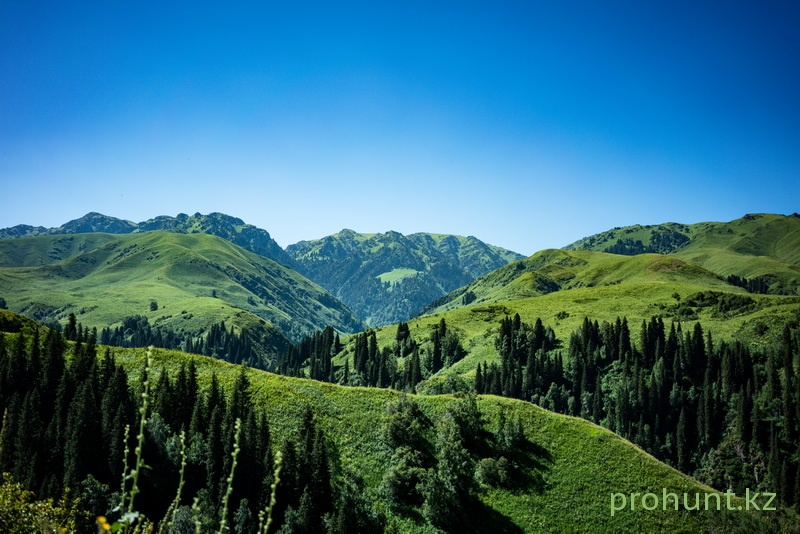 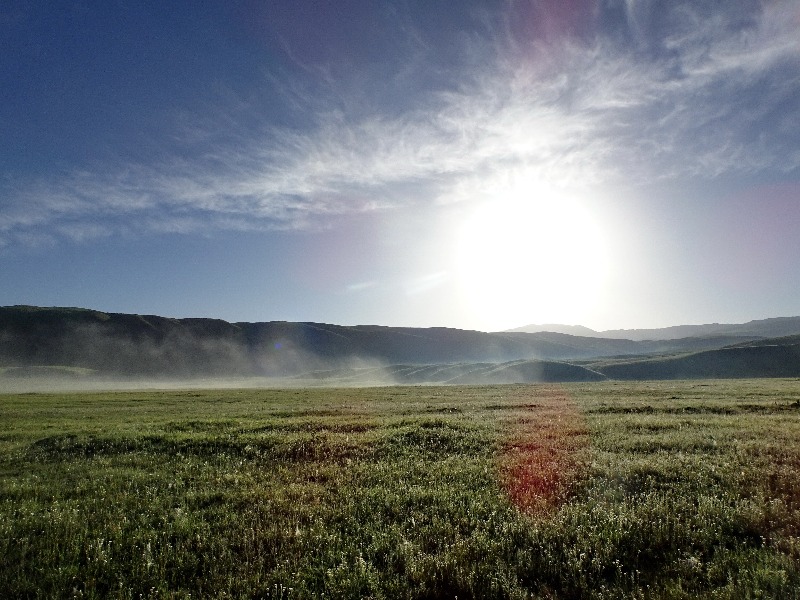 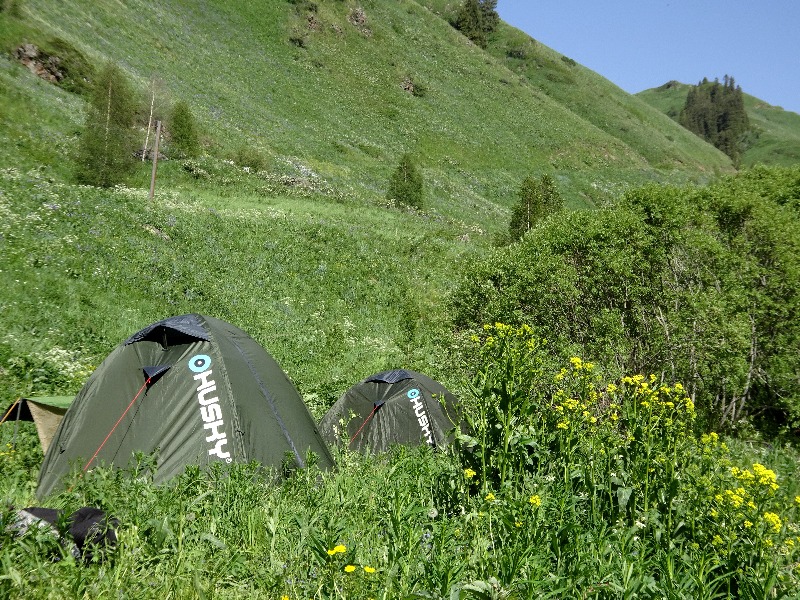 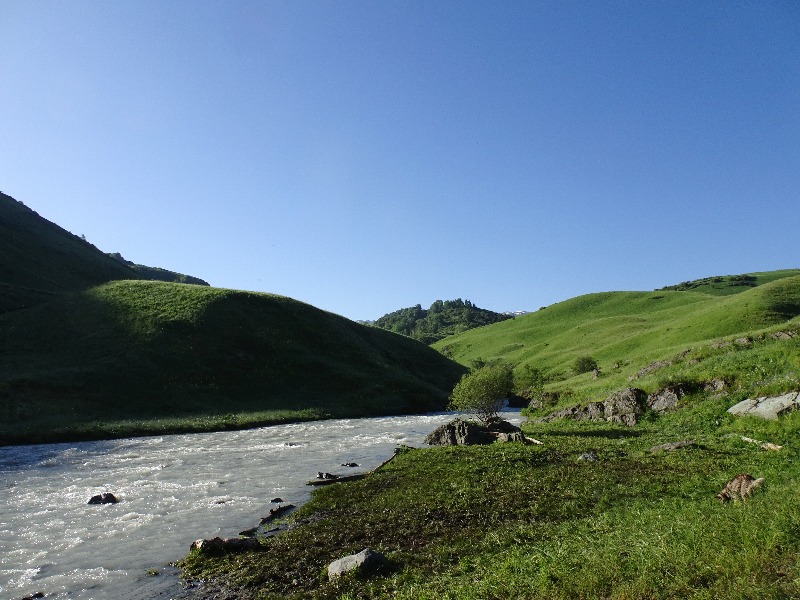 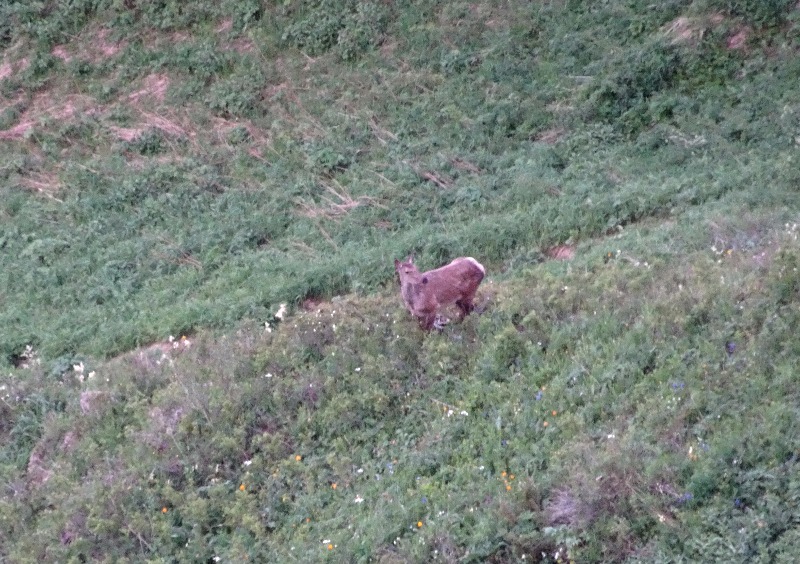 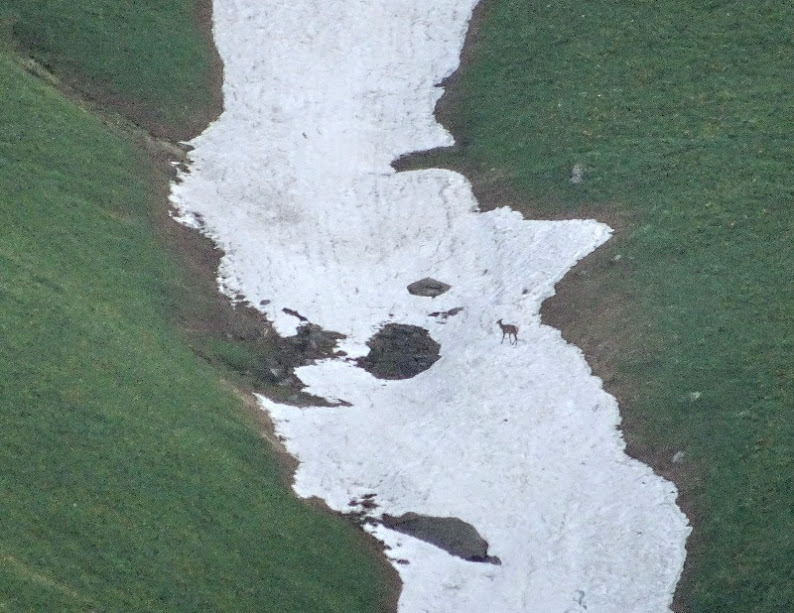 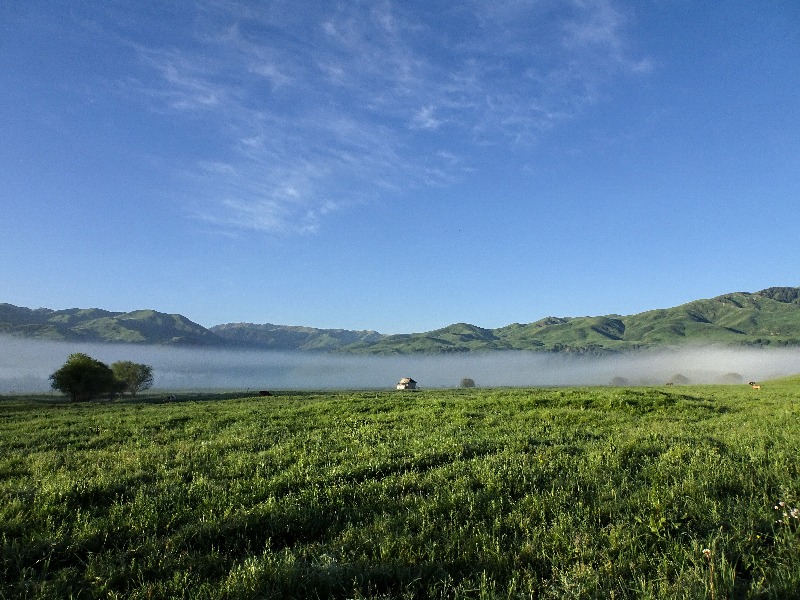 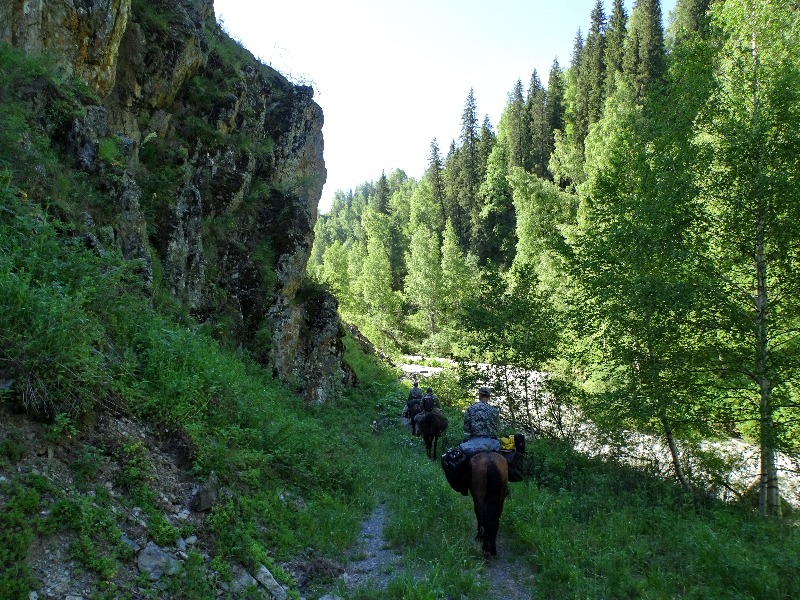 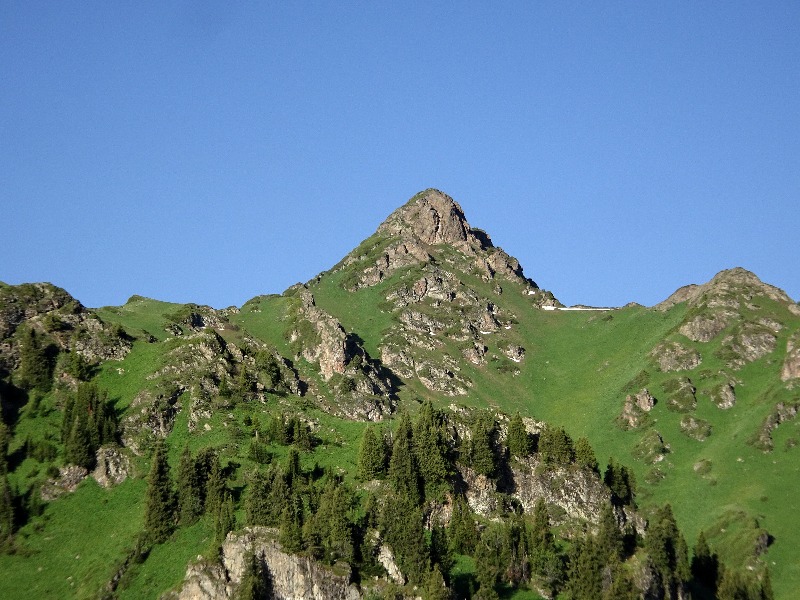 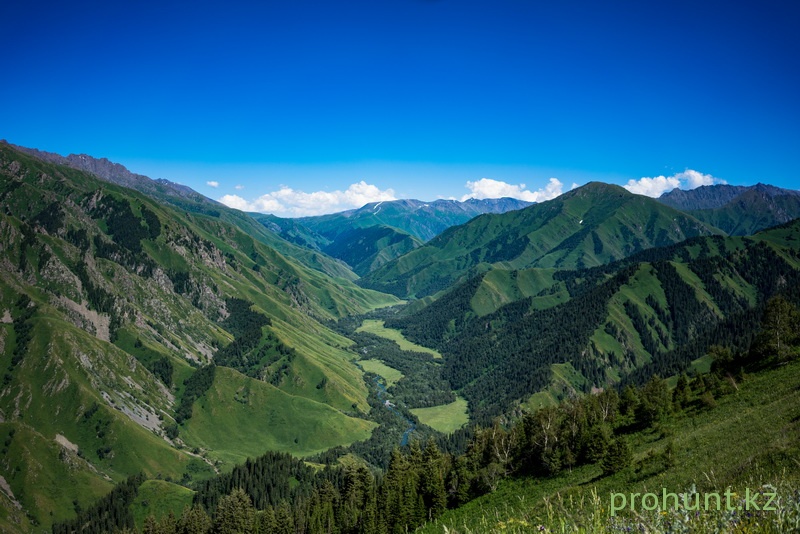